An amazing book that he has put together to help people understand how to manage their health through food.

Targeted around Cancer, but also to help other chronic illnesses that are on the rise around the world.

Most healthy activities create positive epigenetic changes, and we now are realising that this is how they bring us their benefits-through our genes.

Other epigenetic changes from exercise can block harmful genes.

These are seen after swimming, sprinting, interval training and high-intensity walking.

Studies in lab rats show that exercise raises DNA activity in the brain.

This happens because of epigenetic changes with histone acetylation that free up DNA, so more proteins can be made to maintain brain health. The DNA impact of exercise goes well beyond the health of the person doing the workout.

In men, working out affects their sperm in a way that can influence their progeny. A study done in Copenhagen studied the epigenetic consequences of a one-hour spin class taken five days a week for six weeks.
They looked at the effect of the exercise on the sperm of healthy male volunteers in their early twenties.
The researchers collected ejaculate from the men after 6 weeks of spinning, and then after three months without exercise.

The spin class caused a lasting epigenetic change in an area of the sperm DNA responsible for brain function and nervous system development of the as-yet-unconceived foetus.
This means a man’s workout routine may be beneficial to the brain health of his children even before they are conceived.

A good night’s sleep causes epigenetic changes in DNA, and so does pulling an all-nighter – but one is good and one is bad.

The study showed that eight hours of sleep turns on genes that metabolise fat and prevents obesity, while sleep deprivation interferes with those genes.

Inadequate or short sleep duration increases the risk of obesity in children by 45%.

The epigenetic effect of sleep is profound.

A single night of sleep deprivation can epigenetically interfere with as many as 269 genes, preventing them from being used to make proteins, including one gene that is a tumour suppressor. (That’s a bad thing).
When you silence a gene that blocks cancer, this can increase your risk of developing a tumour.

Causes beneficial epigenetic changes that lower the activity of genes associated with inflammation.

On the other hand stress epigenetically unleashes DNA that is associated with inflammation.
People who experience severe trauma and who have posttraumatic stress disorder (PTSD) have been shown to have many detrimental epigenetic changes in their DNA.

Naturally, it is important to reduce your exposure to anything that could have deleterious epigenetic effects.
At the same time, dietary interventions can tap into your body’s capacity for positive epigenetic change to activate genes that are beneficial to health.

Everyone knows a strong immune system helps you avoid the common cold. But did you know that immunity is so powerful it can protect you against cancer? And if you do have cancer, your immune system is capable of eliminating it completely from your body, even if it has spread.

Genetics, smoking, the environment, a bad diet, and other factors are often blamed for cancer.
But the truth is that regardless of its cause, cancer only becomes a disease once malignant cells escape from being destroyed by our immune system.

Indeed, our immune system is one of the best-known health defence systems.

It keeps us from becoming infected after we have a cut, fights off viruses, and prevents us from getting sick from harmful microbes coughed into the sir by a fellow passenger on a bus.

The true power of immunity is being revealed as researchers study how to boost our own immunity to fight cancer.

Cancer patients are beginning to survive against overwhelming odds with all signs of their disease melted away using immune-boosting treatments.

Cancer cells need a blood supply to grow large enough to cause harm.

A properly functioning angiogenesis defence system will keep that from happening.
But the immune system actually provides the first line of defence. Our immune cells are specifically designed to differentiate friend from foe, including cancer cells.
When the earliest signs of cancerous growths are spotted by first-responder immune cells, they call in a cellular strike.

Special cancer-killing immune cells swoop in and wipe out the abnormal cells before they cause problems.

Sometimes, cancer cells dodge our immune systems by camouflaging themselves.

They do this by wrapping themselves in ‘friendly’ proteins that fool immune cells into recognising them as normal cells.
This effectively makes cancer cells invisible so they escape detection. By hiding like deadly terrorists blending in with a bustling crowd of ordinary citizens, these cloaked cancer cells have a chance to grow and become dangerous.

Other times, the immune system is weakened and unable to do its job adequately, so cancer cells are missed, and are able to grow.

People who suffer from immunodeficiency diseases, like AIDS, or those who have received an organ transplant and have to take long life immune-suppressing steroids to prevent organ rejection area at really high risk for developing cancer because their immune defences are compromised.

This approach is remarkable because it doesn’t rely on toxic or targeted drugs to kill cancer cells.
Rather, it encourages our own body to rid itself of the cancer.

One type of immunotherapy blocks the cloaking proteins that cancers use to hide from the immune system, effectively revealing them. Called checkpoint inhibitors, these treatments allow the patient’s own immune defences to wake up and “see” the cancer.
They can then destroy it.

Plums have three times the amount of cancer-fighting polyphenols compared to peaches.

A carotenoid called lutein that is found in apricots, prevents the formation of the brain damaging beta-amyloid fibrils that are linked to abnormal angiogenesis found in Alzheimer’s disease.

When it comes to red wine, more isn’t better.

Researchers have reported that the benefits are seen with up to one to two glasses of wine a day, but with more wine, there is less benefit.
It’s important to know that high levels of alcohol actually damage stem cells and interfere with their ability to regenerate organs.

So, as with most things in the diet, moderation is key.

Green tea has many useful functions, including the ability to kill cancer stem cells.

EGCG found in green tea forces cancer stem cells to commit cell suicide through the process of apoptosis.
Matcha from green tea, a form of powdered tea leaf can interrupt the metabolic pathway of breast cancer stem cells, depriving them of energy and causing them to die.

The effect of the EGCG in green tea on targeting cancer stem cells may help explain the protective effects of tea against colon and other cancers.

Originated in Peru, prized by the ancient Inca for their nutritive benefits. They contain bioactive anthocyanin, a blue-purple pigment that also gives many dark berries their hue.

Mice fed purple potatoes each day for a week have 50% fewer tumours.
When the colon tissues were more closely examined under the microscope there was a 40% increase in the killing of the colon cancer stem cells compared to the group that did not eat them.

They are nutrient-dense and contain bioactives such as gallic acid, chlorogenic acid, and ellagic acid.

They reduce the risk of developing colon cancer. Studies done in South Korea on the extract and its ability to kill cancer stem cells – 826 patients with stage 3 colon cancer had a 57% lower chance of death and a 42% lower chance of cancer recurrence associated with eating nuts.

They say if you have colon cancer, eating walnuts may literally save your life.

Contains a class of bioactives known as secoiridoids, which represent 46% of the total polyphenols present in olive oil.

Kimchi is, in essence, a probiotic. It delivers a load of healthy bacteria and bioactives to your gut.

Many of the bacteria involved with fermenting the kimchi are the same ones found in a healthy human microbiome: Bacteroidetes, Firmicutes, and Lactobacillus.

Extracts from kimchi have been found to kill cells from colon, bone, and liver cancer, as well as leukaemia. The lactobacillus plantarum growing in kimchi makes a bacterial product that is protective against influenza A.

Along with its anti-angiogenic and stem cell-stimulating benefits, that cacao used to make chocolate has positive effects on gut microbiota.

A study from Louisiana State University found that fibre found in cacao fees healthy gut bacteria such as Bifidobacteria and Lactobacilli. The bacteria use the fibre to generate acetate, propionate and butyrate, the anti-inflammatory properties that also improve glucose and lipid metabolism.

When high-anxiety subjects ate dark chocolate for two weeks, the researchers found that levels of the stress markers cortisol and adrenaline decreased in their urine, as well as two markers called p-cresol and hippurate, which are metabolites of gut bacteria.
So eating dark chocolate can influence gut bacteria and reduce stress markers in the body.

Fungi that grow in bacteria-rich soil, and possess their own microbiome.
They contain bioactives like beta-glucan that are anti-angiogenic and activate the immune system.

Mushrooms are also an excellent source of dietary fibre, which acts as a prebiotic.

The Lion’s mane mushroom, renowned for its culinary and medicinal properties, has been studied for its effects on the microbiome.

Studies showed that Lion’s mane could decrease the symptoms and the proteins associated with gut inflammation by as much as 40%.

Putting it all together

Everything you put in your mouth that goes down the hatch – fruits, vegetables, carbs, meats, junk food, fizzy drinks, artificial sweeteners – feeds your human cells and then becomes food for your gut microbiome.

Your bacteria can metabolise food components that the human body can’t digest, and this can create beneficial bioactives that protect your health.

So, next time you shop for food and beverages – ask yourself is this good for my bacteria?

Kiwi fruit has a beneficial impact on the microbiome.

With high levels of vitamin C, chlorogenic acid, and quinic acid that each have antioxidant effects, studies have found its ability to reduce DNA damage.

Diabetes is a disease to avoid at all costs.

While reducing carbohydrates, red meat intake, and sugary drinks is fundamental to preventing diabetes, actively eating foods that fortify the health defence systems is known to reduce your diabetes risk.

There is evidence that whole grains, nuts and plant based foods, and fish can help prevent diabetes.
Even if you already have diabetes, your diet is a crucial opportunity for you to lower the risk of the many serious complications of the disease, which ultimately wreaks havoc on your heart, eyes, brain, kidneys, feet and immune system.

This is where the body attacks its own cells.

It’s an intense book – but it is fantastic to be able to get your hands on a lot of research and information from a very respected doctor.

Always learn as much as you can from books, to help understand how you can support your health. 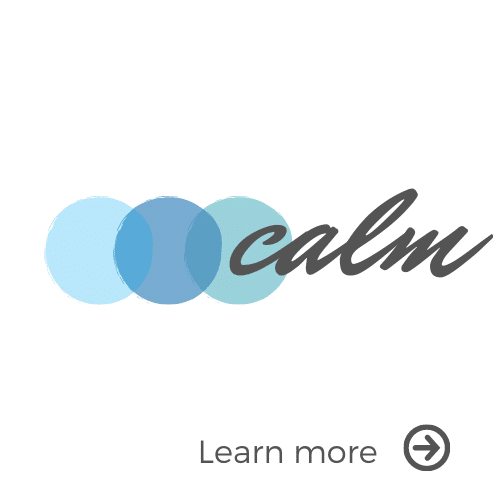